The Book of the Dead lists over 500 deities.

For three thousand years new gods appeared and others ceased to be worshipped but for most of that time, the Egyptian religion did not change much. The only exception was that for a short period during the 18th dynasty, when the pharaoh Akhenaten established a revolutionary monotheistic cult of the one god Aten.

Every Egyptian, except the most abject criminal, was entitled to be embalmed and receive a decent burial.

The Egyptians believed that death was a temporary interruption, rather than the end of life. The afterlife was an idealized version of life on earth, where all of life’s good things could be enjoyed without having to endure any of its suffering. To gain admittance to this paradise they must live a good and honorable life by obeying their superiors, assisting and protecting the poor, and showing proper respect for the gods.

The other essential factor for entry into the afterlife was that body be preserved through mummification, so that the aspect of the spirit called the “Ka” could return to it and be sustained.

Get Karnak Great Court for FREE

For MAC and Windows FREE
For iPad 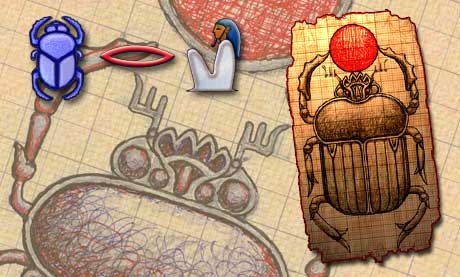 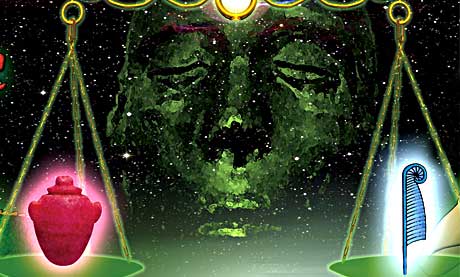 
There are more than 1100 Hieroglyphic illustrations including 450 Egyptian word examples and over 600 hieroglyphs from the Gardiner list. The Hieroglyphic Typewriter and Math Calculator