A 71 cm high, commissioned by a woman

Members of the elite had themselves represented in wood or stone statues which would be placed in their tombs as receptacles for the soul.

In the 20th century, this figure belonged to the Dutch artist Johannes Anton ‘John’Rädecker (1885-1956), whose expressionist style was influenced by ancient sculpture.
*See full article here* 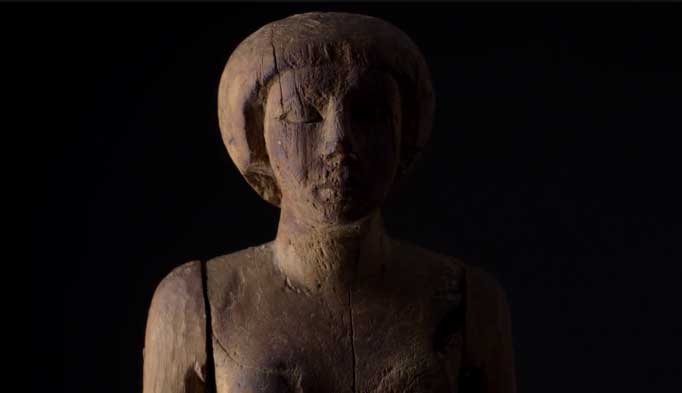