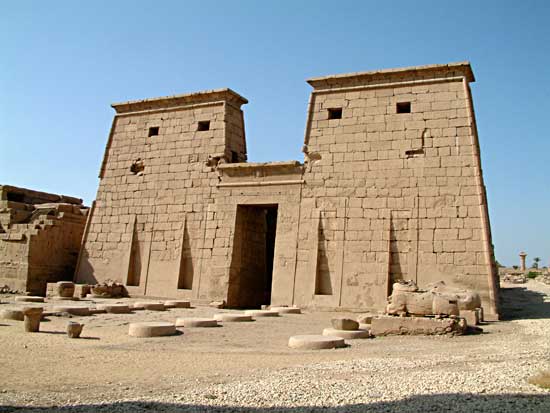 Khonsu was the son of Amun and Mut, with whom he formed the Theban triad. He was a moon god depicted as a man with a falcon-head wearing a crescent moon headdress surmounted by the full lunar disc. Like Thoth, who was also a lunar deity, he is sometimes represented as a baboon.

Khonsu was believed to have the ability to drive out evil spirits. Rameses II sent a statue of Khonsu to a friendly Syrian king in order to cure his daughter of an illness.

His temple, within the precincts of Karnak, was built by Ramesses III it consists of a peristyle court which is bordered by a portico of twenty-eight columns. There is also a hypostyle hall which is connected to the sanctuary of the barque with chapels open to the left and right and a staircase leading to the roof.

In front of the pylon are the remnants of a colonnade bordered by a row of sphinxes. 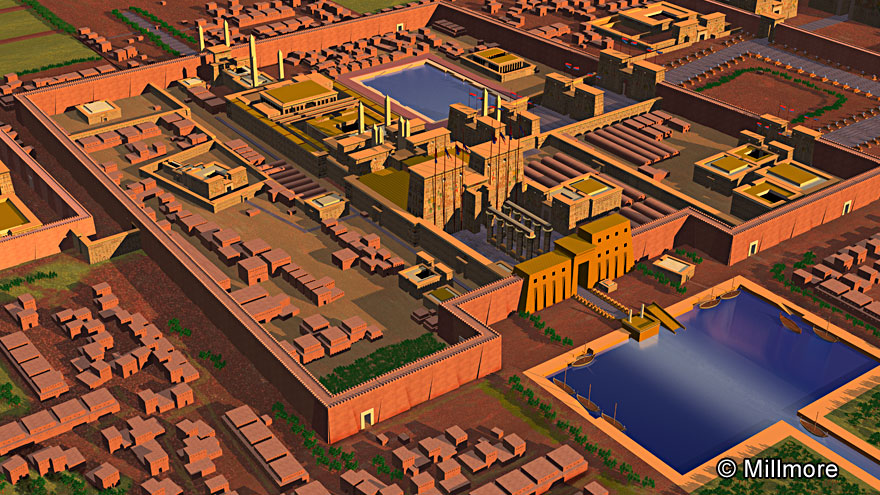